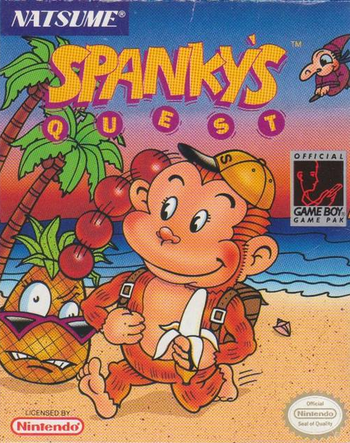 Spanky's Quest is a 1991 video game published by Natsume for the Game Boy and SNES.
Advertisement:

In both versions of the game, the player controls a monkey named Spanky, who has to go through several towers which each contain several rooms serving as the game's levels. In the Game Boy version, the player has to defeat all of the enemies in a room to complete the level; in the SNES version, the player has to collect enough keys to open the exit door and beat the level, with defeating all of the enemies in the room being optional.