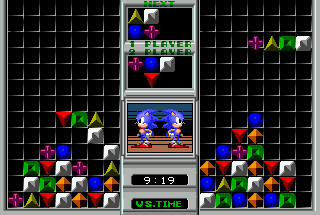 The game is a basic falling blocks puzzle game where you try to match up four identical shapes in a row to keep their screen clear. A two player head-to-head mode is also available, along with three other available modes of play.