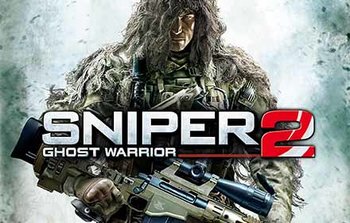 Sniper: Ghost Warrior 2 is a First-Person Shooter video game developed and published by City Interactive for PC, PlayStation 3 and Xbox 360. Made using the Crysis 2 version of CryEngine, it follows the further adventures of Cole Anderson (one of the protagonists of the original game) through the Phillipines, Sarajevo, and Tibet as he battles an international weapons smuggling ring and finds himself facing off against an equally skilled rival sniper from his past.

The game later received an expansion, called Siberian Strike. Serving as a prequel to the game's events, it once again focuses on Cole Anderson as he is placed behind enemy lines in Siberia without any tactical support, in search of a CIA mole that infiltrated Russia to uncover plans for a biochemical weapon.