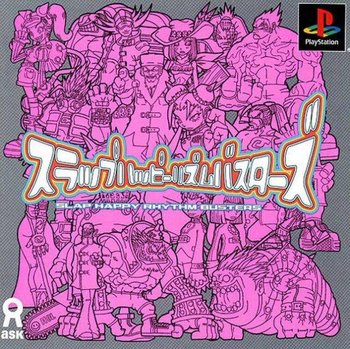 Slap Happy Rhythm Busters is a little known ridiculously named fighting game released on the PSX in 2000. Notable for its vibrant and weird design, its cell shaded 3D graphics during a time when such a thing was rare, and its unique gimmick in which super moves are performed in a Beatmania-esque mini game.