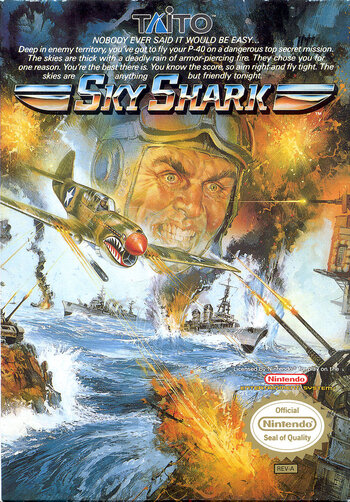 Hishouzame (飛翔鮫), translated and localized as Sky Shark in the US and Flying Shark in the rest of the non-Japan world, is a Vertical Scrolling Shooter for arcades developed by Toaplan. It was published by Taito in Japan, Romstar in the US, and Electrocoin in Europe, and released in 1987.
Advertisement:

It received a number of ports: