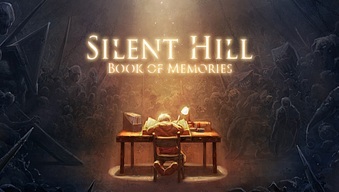 You play as an average everyday man or woman in an unnamed town with your sister Shannon. On your birthday, a mysterious postman delivers a strange package to you from Silent Hill, despite the fact that you don't know anyone from there. The package turns out to be a book, but it's no simple book. Within its pages lie all your memories, every single one, down to the last detail. The amazement of this quickly turns to curiosity as you begin to wonder what would happen if you were to "rewrite" the book's accounts of your memories.

As you might expect, this turns out to have been a bad idea.

It turns out that this Book of Memories, when edited, transports the editor to the Otherworld, full of deranged monsters and even stranger symbolism. It also turns out that, with the Book's power, you possess the ability to change your past and future, which also affects the lives of those around you. Will you use the Book's powers wisely, or will you succumb to its temptations and exploit its powers for your own self-gain?