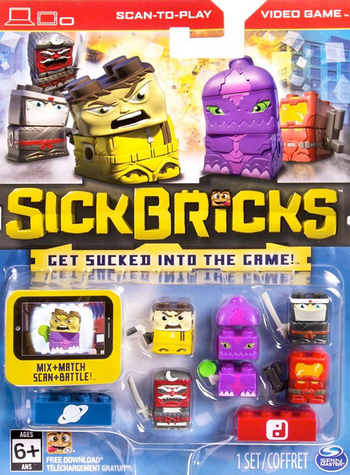 Sick Bricks is a line of LEGO-inspired figures made by Spin Master. The key selling point lies their connection to the 2015 freemium mobile game of the same name.
Advertisement:

Essentially, the series realized the Augmented Reality promise of LEGO Dimensions before the latter did.

The Franchise Contains Examples of: