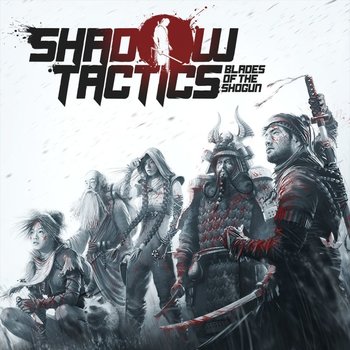 "One can only wonder how many fought and died for the shogun. Their names - never mentioned, their deeds - secret, their tales - forever hidden... In the shadows."
— Narrator
Advertisement:

Shadow Tactics: Blades of the Shogun is a Real-Time Strategy Stealth-Based Game developed by Mimimi Productions and published by Daedalic Entertainment, released on December 6th, 2016. It aims to revive a seemingly long-dead genre codified by Commandos.

The game follows the exploits of a group of assassins working for the Shogun. They are:

The story follows these five as they work together to undermine the conspiracy attempting to overthrow the era of peace established by the Shogun in the early Edo Period. The five characters must use stealth, tactics and their wits to perform espionage on rebel forces of the would-be usurper, Kage-Sama.

A standalone expansion, Aiko's Choice, has been announced and was released on December 6th 2021.

A tactical stealth Tabletop Game based on the game, Shadow Tactics - The Board Game was funded through Kickstarter and released 2019.

Tropes found in Shadow Tactics include: