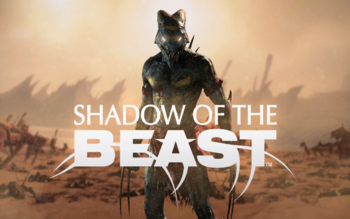 He's gonna tear you a new one.

He then proceeds to embark on an adventure across worlds, chasing first Maletoth's Dragon Zelek, then hunting down Maletoth himself. Blood is involved. A lot of it.

Shadow of the Beast 2016 provides examples of: