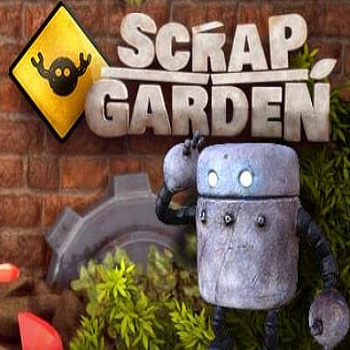 Scrap Garden is a Puzzle Platformer by Lithuanian company Flazm, under Russian developers Egidijus Bathur and Alexey Davydov. It was released on May 6th, 2016 for PC through Steam.
Advertisement:

One day, a small robot by the name of Canny wakes up to find the world in ruins, and all the other robots either shut down and/or seized up. He has no idea what's happened, and no idea if there's anyone else besides him who's still functioning. With those questions in mind, Canny decides to set off on a quest to find out what happened, and if he can fix it all.