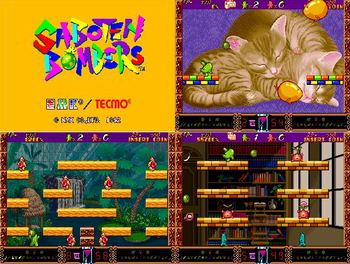 Saboten Bombers is a 1992 arcade Elimination Platformer developed by NMK and distributed by Tecmo.
Advertisement: