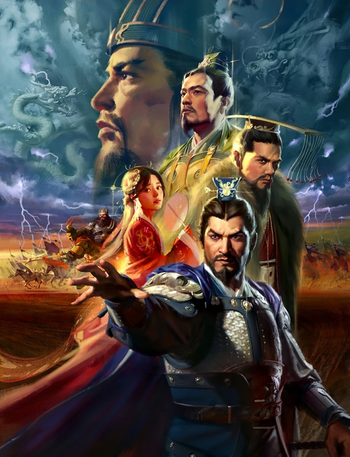 In terms of historical portrayal, the games are influenced by both Luo Guanzhong's fiction and real history. The series also spawned the action game spinoff Dynasty Warriors, featuring a much more outlandish depiction of history.

The series began with the player as a ruler controlling an entire force. Starting from VII, some installments note VII, VIII, X, and XIII allow the player to play as a character other than a ruler. These can range from a "free" officer with no allegiance, all the way to a viceroy managing several cities on behalf of the ruler.

The platforms which support the various installments are listed below:

In addition, VII, VIII, X and XIII provide examples of: