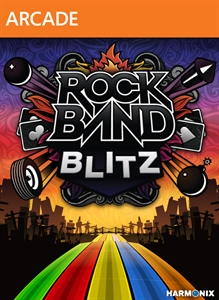 Rock Band Blitz is a downloadable spin-off game based on the Rock Band series. It is considered the spiritual successor to pre-Rock Band games Frequency and Rock Band Unplugged. The game comes with 25 songs, all of which are compatible with Rock Band 3, and in turn can utilize all exported songs.
Advertisement: