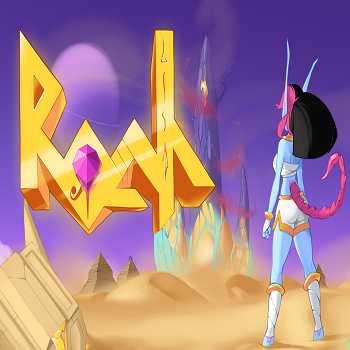 Roah is a Platform Game developed by Grynsoft, the company of Jesper "Solgryn" Erlandsen, who had earlier created Wings of Vi and I Wanna Be The Boshy. It was funded

In it, Roah is a young member of a Cute Monster Girl tribe, whose initiation soon coincides with the village, and later, the world, being threatened by hordes of strange metallic constructs, forcing her to travel around the planet and deal with the various factions there so that she can gain the power to confront whatever is behind this threat.