Video Game / Rise of the Kasai 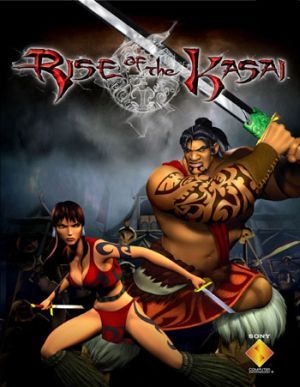 "Gather round, all of you who would listen. I have a tale to tell."
—Kuzo
Advertisement:

Rise of the Kasai is a 2005 action game developed by BottleRocket Entertainment and published by SCE America, and the sequel to The Mark of Kri.

The game takes place ten years prior to and ten years after the events of Kri, and follow the Rakus as they fight the Kasai, a group of dark magicians. The Rakus are led by returning protagonist Rau, along with his younger sister Tati and a new pair of playable characters, Griz and his student Baumusu. Much like the previous game, players could use target various enemies in battles and assign them to a specific attack button, with different weapons targeting more enemies and having greater reach.

Alternative Title(s): The Mark Of Kri