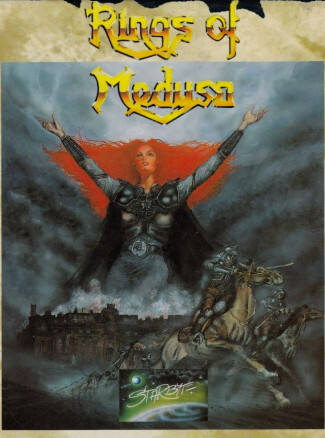 A very old Real-Time Strategy game for the Amiga and similar platforms.

An a prince robbed of his kingdom you would do trading (and maybe some highway robbery against other traders) in order to raise the money to transform your little band of bodyguards into a mighty army to re-conquer the land. In the end you need to find the five "Rings of Medusa" in order to summon your true enemy and defeat her once and for all.

Rings of Medusa has examples of: