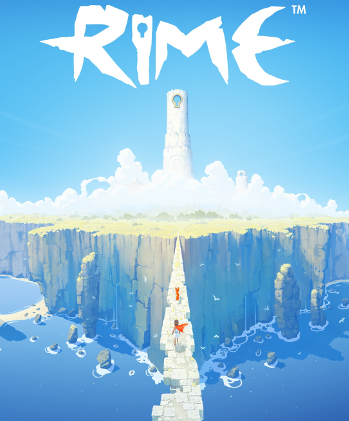 Be careful while you're exploring; what you discover along the way may change you.
RiME is an adventure Platform Game by Spanish developer Tequila Works. The game was released on May 26, 2017 for PlayStation 4, Xbox One, PC and for the Nintendo Switch on November 14, 2017.

The game focuses on a boy who is shipwrecked on a mystical island and has to use his wits to traverse the terrain and the ruins left behind by a forgotten civilization. As he traverses the various game areas, he starts learning about what happened, where he may have come from, and who the mysterious hooded figure he sometimes spies in the distance may be. It turns into a quest to unlock the entire story and bring some closure.