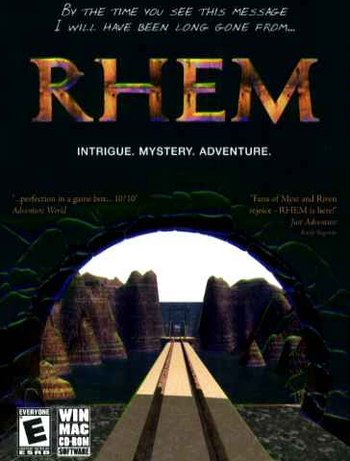 Rhem is a German series of Point-and-Click adventure games for PC, developed by Knut Muller, and published first by Got Game Entertainment, and later by Runesoft. The games in the series are:
Advertisement:

Each game generally involves visiting the titular country by rail car in search of a Dismantled MacGuffin for archaeologist brothers Kales and Zetais.

In 2017, there was also an Updated Re-release of the first game, RHEM I SE: The Mysterious Land, followed by the 2018's RHEM II SE: The Cave.

The Rhem games contain examples of: