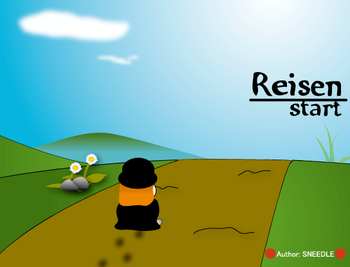 Reisen (the German for "Travel") is a series of Adobe Flash point-and-click adventure games made by Sneedle. There are 10 short episodes, all of which can be played here

The game is about a little girl named Jitter who wants to see her grandmother. However, this is not going to be an easy task, as her grandmother lives far away, and the girl's parents died before the beginning of the game. Did we mention that the game takes place in Europe during World War II? And that Jitter is Jewish?

The game is strong on story, and it's not a particularly cheery one. We seriously suggest bringing some tissues with you.

Not to be confused with Reisen Udongein Inaba