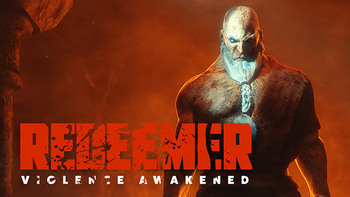 Redeemer is a Beat'em'up game developed by Sobaka Studio and Buka Entertainment in 2017.

The main character is Vasily, an former soldier of the Russian army, who worked for years in the private security of a rich and powerful multinational of armaments and advanced technologies, Alta-Tek, but conducting dirty work on behalf of Alta-Tek, including targeted killings, kidnappings, torture and extortion, but Vasily became uncomfortable for the leaders of Alta-Tek, who tried to assassinate Vasily, who had to escape and flee Russia, hiding a Buddhist monastery of Shaolin monks in China for 20 years ...

but 20 years, Alta-Tek, who was looking for Vasily, discovers the existence of the monastery and attacks it, devastating it, hunting Vasily ...Vasily decides to take revenge and fight Alta-Tek by any means ...