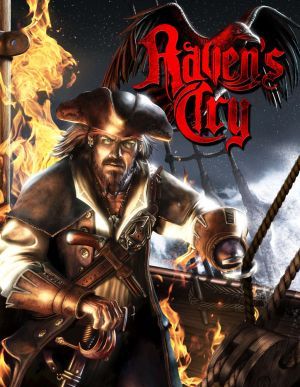 Raven's Cry is an Action-Adventure game developed by Reality Pump Studios, the developers of the Two Worlds RPG series. It details the adventures of Christopher Raven, a pirate captain in the 17th century Caribbean. It was released on January 30, 2015. An Updated Re Release, entitled Vendetta: Curse of Raven's Cry, was released on November 20 of the same year.