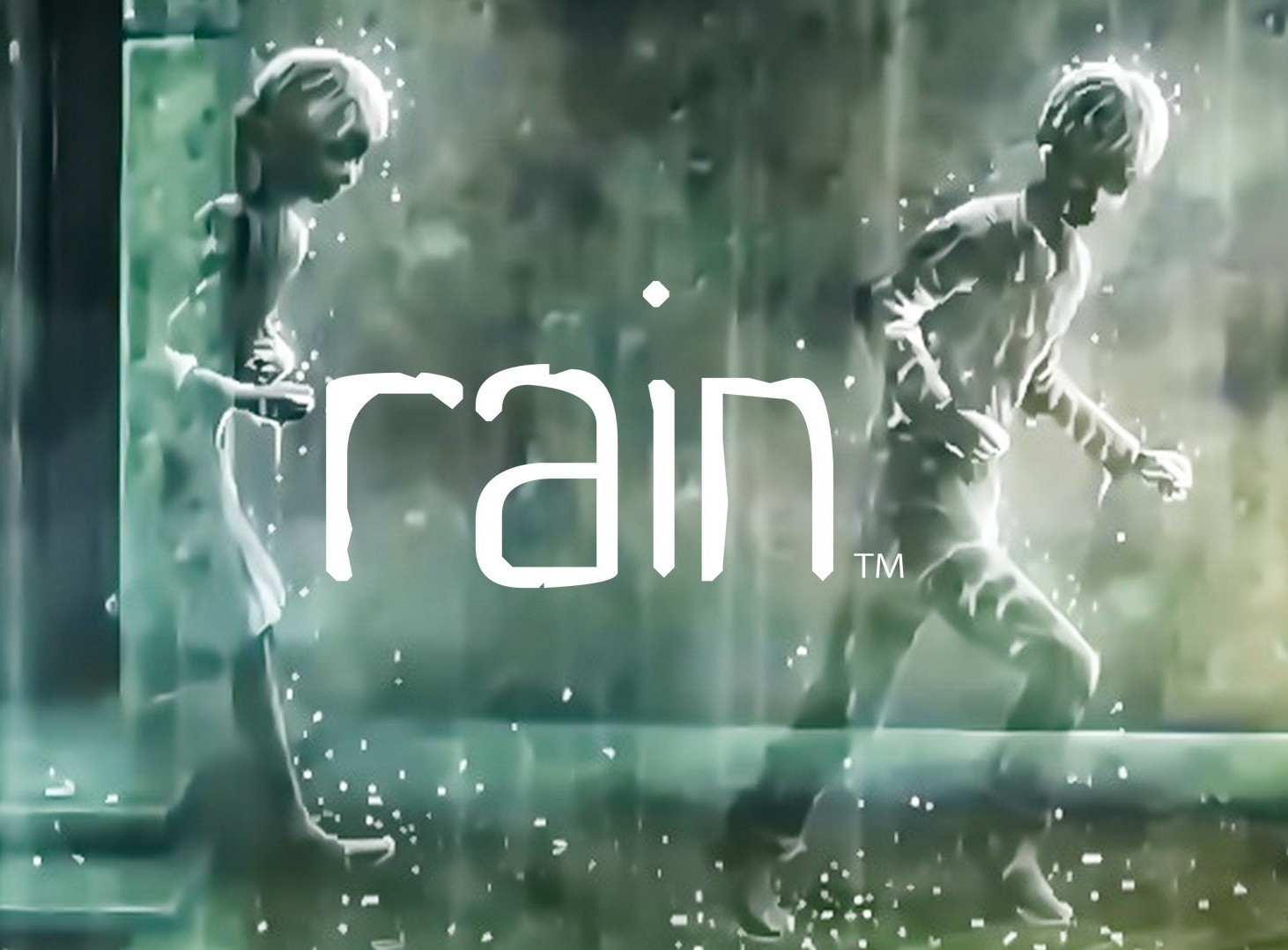 A story of an invisible world revealed by the rain
"Been wandering 'round
Lost in this night...
Like a stranger, I walk alone,
Through a cold and empty world...
Where the rain whispers to my heart,
And the moonlight shows me the way..."

Developed by SCE Japan Studio, rain is a Sony PlayStation 3 exclusive Action-Adventure title released on the Play Station Network in the fall of 2013. A nameless boy, upon seeing the silhouette of a girl being chased by an unknown entity, wanders out into the rain of the city until he begins turning invisible like her. The boy discovers various other transparent creatures roaming around town, hostile to the girl and him. He must find a way to her among the endless rain, walking in a newly-discovered world only revealed by it.

The uniqueness of rain is the setting itself: the boy can only be seen while standing in pouring rain, as is the girl and the mysterious creatures. By walking towards shelter, players will only see the boy's footprints, so it's up to them to utilize the boy's visibility in the rain to navigate the city, solve puzzles and evade the creatures.

Compare Lost In Shadow, except it uses a Living Shadow in place of rain.

rain provides examples of the following: