Video Game / Rage of the Gladiator 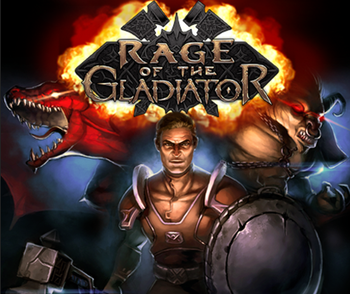 Rage of the Gladiator is a WiiWare game developed by Ghostfire Games, released on Wii on March 15th, 2010, on iOS on November 21st, 2012, and on Nintendo 3DS on September 19th, 2013. It tells the story of Gracius, a prince from the ancient city of Avalance, forced to fight as a gladiator in the arena for reasons initially unexplained. As the game progresses, the story is told through cutscenes in between fights.
Advertisement:

It can pretty much be described as "Punch-Out!! meets Dungeons & Dragons.