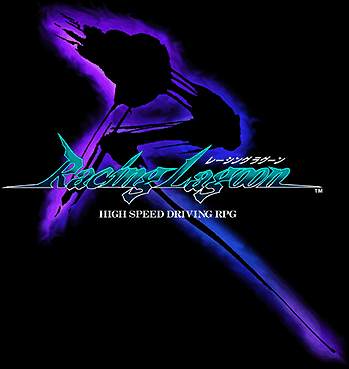 10 years ago, one man was known as the fastest in all of Yokohama...
— Opening Scroll
Advertisement:

Racing Lagoon is a night racing game from Japan mixed with RPG elements ("High Speed Driving RPG") created by Squaresoft in 1999. It never got an international release, and it's one of many awesome games Squaresoft created, with a rather dark story, interesting characters, an exciting racing system and fully-customizable cars. The game uses a drifting technique as the main cornering technique, and the player has to master drifting to beat the game.

The game fictionally takes place in the year 1999 in Yokohama, 10 years after the event called "Fastest Legend". One night, Team Bay Lagoon Racing (BLR), led by The Ace, Ikki Fujisawa holds a team battle with Night Racers Honmuku (NR). One of BLR's newly joined members, Sho Akasaki, begins his story of his racing career. Akasaki is determined to find out about the mystery of the legend 10 years ago, as well as his forgotten past.