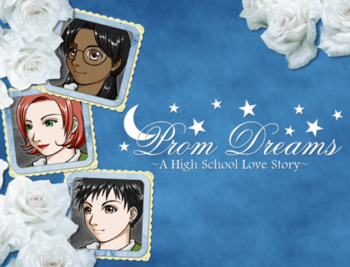 Prom night, the crown jewel upon the best years of your life...

is a freeware romance/horror adventure game made with RPG Maker VX Ace.

You play as Kyle Mason, a soft-spoken but popular senior at St. Giles Academy. Eager to move on with his life after a bad break-up with his girlfriend at his old school, he has a choice between three lovely but different girls: The bubbly Neela Devar, the athletic Maggie Pham, and the the smart Brooke O'Keefe. With the help of his nosy best friend Randy, this will surely be the perfect prom night!

The official tumblr can be found here