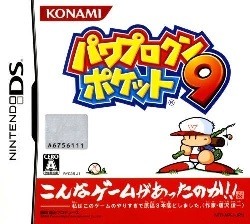 The game lets players choose the Card Baseball mode from Pawapoke Dash for the Outer Success mode in place of the standard gameplay and adds a short "Mini Success" story mode with quick time event mechanics on the touch screen.

In Tonoe Town, not only is the local Victorys baseball team under bad times but the Boogie Woogie commercial district that sponsors them is being sabotaged by a supermarket chain owned by the corrupt Judgement corporation. Their hope lies in the arrival of a kind-hearted tough and cool vagabond who drafts himself into the Victorys to help raise publicity for the BW district.

A space captain has 250 days to collect 50 tons worth of Space Vaccine in a time of war and economic crisis in the galaxy.

A ballplayer is invited by a friend to train at the Komori Temple (小森寺) but by mistake enters the Shōshin Temple (少森寺) where the fighters inside force him to spend his 40-days vacation under grueling Shaolin training.

This story mode can be shared to another Nintendo DS, but the player without the complete game won't be able to record custom characters.