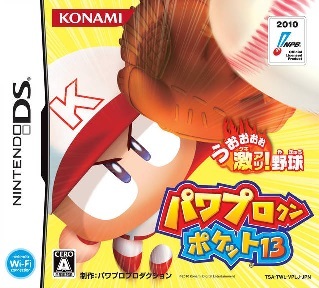 The One With the Humanoid Abomination girlfriend.
Advertisement:

Players can now create one custom character after another by betting on a scratch card minigame and the Baseball simulator can be played with realistic 3D models. The Card Baseball system is gone.

"Hero 13" was a promising ballplayer at Pioneering High School until he got caught in a so-called accident that left him heavily injured. He's transferred to a much weaker Baseball club at Meguro High School, but is still determined to recover and climb his way to victory at Koshien alongside new friends.

A captain goes on a quest across the seas for a legendary treasure.
Advertisement: