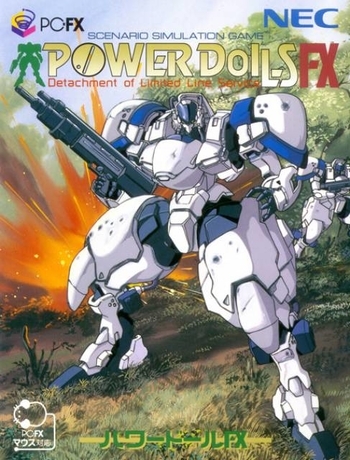 The plot of the game begins in the year 2535, when planet Omni, originally a colony of Earth, fights for its independence after a catalytic land dispute. The all-female elite force of Omni helps defend their homeworld against the overwhelming Earth-borne expeditionary force, using a variety of mecha-based weapons. After defeating the Earth forces in the first game, Omni would continue to experience rebellions (supported by Earth forces troops stranded on Omni after the planet gained independence), succession of continents, and all the open warfares these events would entail.

A two episode Anime OVA was also adapted from the games, produced by the joint efforts of Artmic (first episode) Oriental Light and Magic (second episode), Kogado Studio, Shueisha and VAP, under the direction of Masayuki Hidaka. Released in 1996 in Japan and 2003 in North America, it details the actions of the 177th Squadron in their quest to defend Omni against the seemingly endless Earth forces invading the planet.

Tropes found in the games and OVAs include: