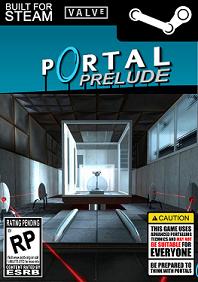 Portal: Prelude is an unofficial Game Mod/prequel to Portal. The game takes place before GLaDOS was activated, when tests were monitored by real Aperture Science employees. The game is notable for being significantly more difficult than the original. It was developed by a team of three in 2008, just one year after Portal and three years before Portal 2.