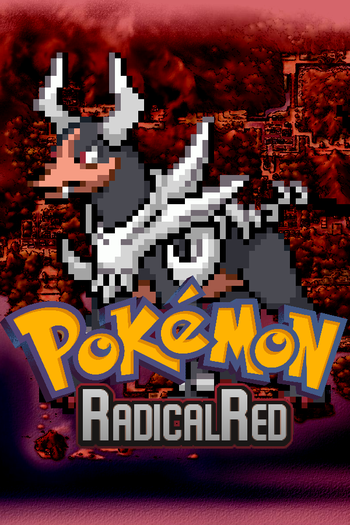 Inspired by Drayano60 and created by Soupercell and koala4, Pokémon Radical Red is a difficulty ROM hack of Pokémon FireRed that adds modern mechanics like Mega Evolutions and Dynamax and Pokémon from all the way up to Generation VIII and redoing the Kanto adventure at a much higher difficulty. Many Pokémon also received various buffs to their capabilities, although a few received nerfs instead.

The game can be found at The PokéCommunity

. The most recent version as of this writing is 3.1, released October 26th, 2022. There's also a special client of Pokémon Showdown featuring the buffs added in Radical Red, which can be played here