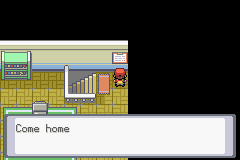 A hacked Pokémon Fire Red Rom, which centers on the protagonist, Fire or Leaf, as they prepare to leave Pallet Town and start a journey to become the League champion. The other characters, however, soon note the hero's remarkable resemblance to Red, the previous eleven-year-old Pokemon champion who went missing in his tragic quest to become the most powerful. The entire region is in a state of mourning, and the player is constantly stigmatized for "stealing" Red's story, solving the conflict of the plot despite the fact Red saved the day first. Your rival, Green, vows to train and stop you from taking this "story" from the missing Red.