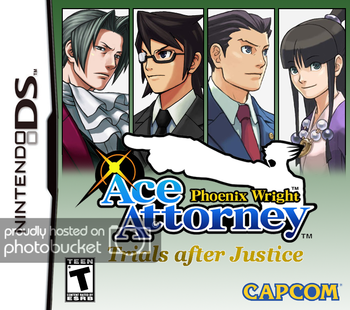 Phoenix Wright: Ace Attorney: Trials after Justice is a fangame based on the popular Ace Attorney series.

Takeing place between the events of Justice for All and Trials and Tribulations, the game follows Phoenix Wright facing off against prosecutor Luis Hawk, an old friend of Edgeworth and ex-Navy lieutenant, who doesn't approve of Wright's methods in solving cases.

Three cases has been released so far, but development on Case 4 has been put on hiatus.

More information can be found here