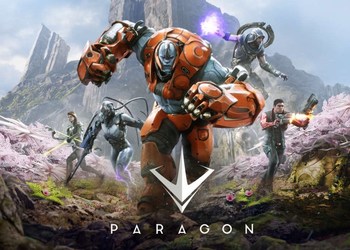 A Third-Person Shooter-MOBA/Hero Shooter made by Epic Games of Unreal Tournament fame, running on the Unreal Engine 4. Has a character page.

that Epic Games was shutting Paragon down due to low playercount.