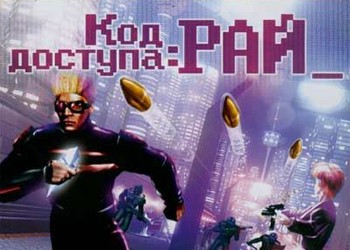 Paradise Cracked is a Cyberpunk RPG/ Turn-Based Tactics game, released in Russia in 2002 as "Код доступа: Рай" (literally "The password is heaven/paradise"), before getting a worldwide release in 2004.

It is set in a dystopian world hundreds of years into the future, where the Earth’s biosphere has been largely destroyed as a result of overpopulation and pollution, and all the global authority has been surrendered to the supercomputer known as CyberBrain in order to preserve what remains of humanity. It decides to house humanity in the enclosed hive cities, where the poor inhabit lower levels, while the rich live in the HighTown, but spend most of their time amidst the pleasures of Cyberspace. The day-to-day running of things is handled by each City’s Police, but they’ve been facing increased resistance from the two giant corporations, known as The Syndicate and the Trade Coalition.

The plotline begins with the protagonist, called the Hacker, coming across some decoded files when in the Cyberspace. After he copies them onto a memory crystal, he suddenly finds himself a target of a manhunt by The City’s Police. Stuck in the lower levels of The City, Hacker will need to exploit the conflicts between the Police, The Syndicate and the Trade Coalition if he’s to survive and hopefully discover the secret behind the files.