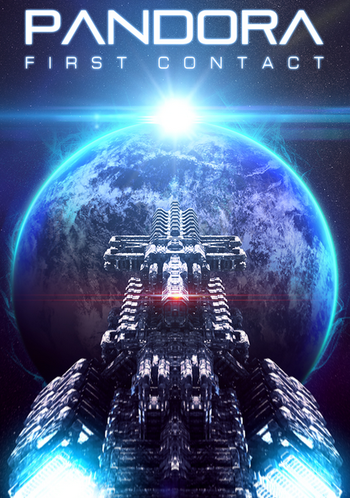 Pandora: First Contact is a 4X Strategy game set on an alien planet, developed by Proxy Studios and released in 2013. It is a self proclaimed spiritual successor to Sid Meier's Alpha Centauri, with factions paralleling the ones in its predecessor.
Advertisement:

Despite the parallels between factions in Alpha Centauri and Pandora, the motivations and backstories vary wildly. For example the Lord's Believers (of Alpha Centauri) follow predominantly Christian themes. The Divine Ascension leader, on the other hand, has A God Am I complex, and the religion is described as "the worst parts of Facebook, Scientology, and North Korea".