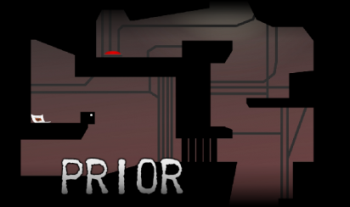 PRIOR is an Adobe Flash game by krangGames

, originally made in 48 hours for the Ludum Dare Compo #19

The finished version was published on March 15th, 2011 and sponsored by Armor Games. Play it here!

PRIOR provides examples of: