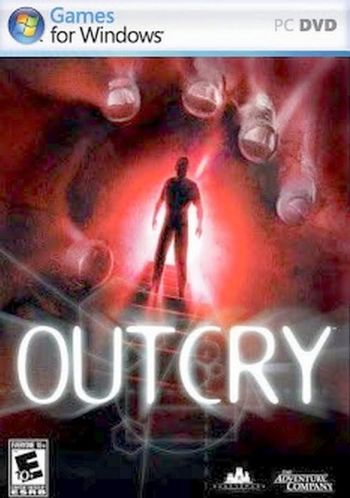 Outcry or Outcry: Mysterious Machine is an Adventure Game with strong horror elements, developed in 2007 by a Russian company Phantomery Interactive and distributed by The Adventure Company. In Russia, it was originally known as Sublustrum.

You play as a middle-aged writer, who was invited by his brother to witness an astonishing scientific breakthrough. When you do arrive, you find that he’s vanished and everything is suddenly rusty and dilapidated. He’s left a lot of the obscure machinery behind, and as you dig through his notes and photos, you discover that he might have had opened a portal to a different dimension…