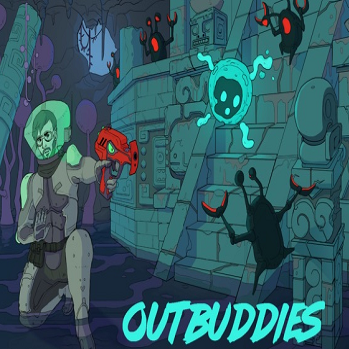 Outbuddies is a Metroidvania game, developed by Julian Laufer on his own over the course of six years and released for PC through Steam on October 15th, 2019, with versions for PS4, Xbox One and Nintendo Switch slated for the early 2020.

In it, an oceanic researcher named Nikolay Bernstein goes to explore the underwater city of Bahlam, which believes to have been the city of Old Gods, and the cradle of all civilization. He soon meets a race of Bahlam's original inhabitants called the Wazan, who are now beset by the monsters, and require his help to find many lost Wazan and bring them back. He also finds a small flying creature he calls Buddy, which continues to follow him throughout the world. As he keeps exploring, he soon faces stronger opposition from Bahlam's original powers claiming his arrival shattered a millenia-old balance...