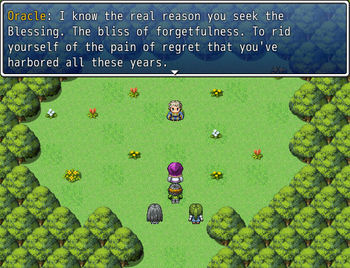 is an RPG by Marrend. The game uses RPG Maker VX Ace as its engine, but has an entirely original soundtrack.

The game follows the prince of Askigaga as he travels to temples in three nations, to get the blessings of a Goddess, in order to be married to the princess of Hachisuka, and bringing an end to the war between their nations.