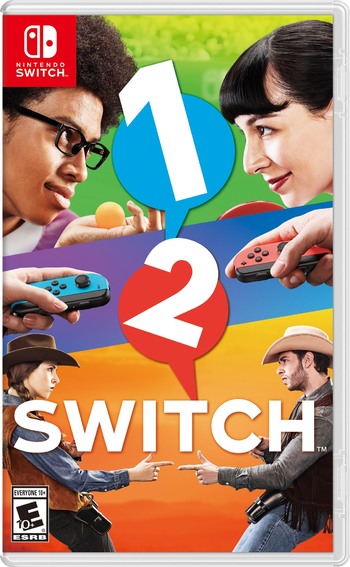 1-2-Switch is a party game for the Nintendo Switch. The main aspect of the game are competitive mini-games that involves using motion controls - however, the focus is not on the system's screen, but rather on the eyes of your opponent. It was released on March 3rd, 2017, being a launch title for the system.

Its reveal trailer can be found here.