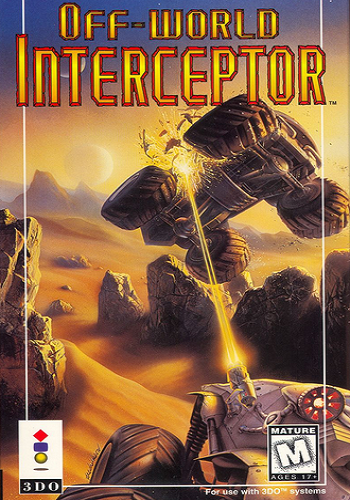 You'll blow chunks.
—The back of the box.

Off-World Interceptor is a third-person Vehicular Combat game, developed by Crystal Dynamics and originally released in 1994 for the 3DO Interactive Multiplayer, and ported the following year for Sega Saturn and Playstation with the Totally Radical name change to Off-World Interceptor Extreme. The main draw - at least nowadays - are the supremely Narmtacular Live Action Cutscenes, which are curiously MSTed in the game itself.