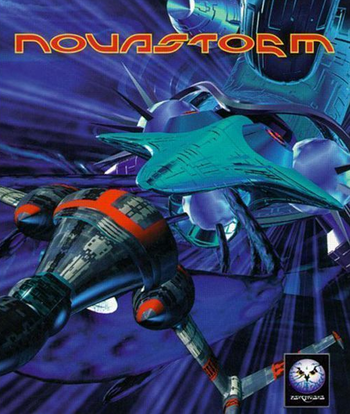 Novastorm was a Rail Shooter Video Game developed by Psygnosis and released in 1994. Set sometime in the future, spacefaring humans are searching for a new planet to call home, and have come under attack from the haywire Data Gridnote Or "SCARAB" depending on the version and its vast robotic legions. An elite squadron named Scavenger 4 is created to counter the threath.
Advertisement:

The game is a sequel to Microcosm and takes place in the same universe.