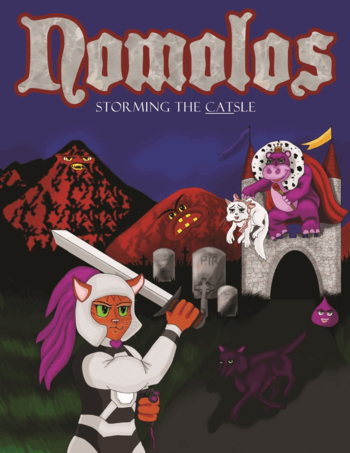 Nomolos: Storming The Catsle is a Homebrew Platform Game by Gradual Games.

When he does, he discovers he's gone from an ordinary house cat to an anthropomorphic cat warrior named Nomolos. With his sword in hand, Nomolos sets out on his quest to rescue Snow.