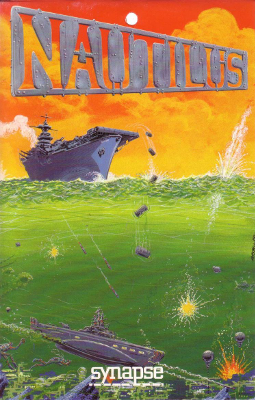 The titular Nautilus is given the job of destroying an underwater city by shooting it down, and collecting the energy cores within. The energy cores also add fuel to the Nautilus. The Nautilus also must avoid things that have been dropped in the water to kill it, such as depth charges and homing bombs, and optionally (they can be toggled on/off or changed in difficulty levels), separate homing bombs that spawn on their own and seek it on higher difficulty levels, and lasers that turn on and off underwater and block the Nautilus's path. The Nautilus can rise to the surface to attack the Colossus directly. If the Nautilus is damaged, it sinks to the bottom of the ocean for a few seconds before rising and regenerating.

The Colossus is given the job of transporting a repair crew from the base on the right side of the map to the left side, which then rapidly repairs the underwater city. If the Nautilus happens to be where the city is when it regenerates, the city takes precedence, and the Nautilus takes damage equivalent to a kill. The Colossus also has to content with a helicopter that drops small bombs into the water, and possible attacks from the Nautilus.

To address balance, the game has multiple difficulty levels, all of which tend to make things easier/harder for the Nautilus but not so much the Colossus. The difficulty affects things such as spawning homing mines that seek the Nautilus, and the speed of the Colossus's underwater attacks.