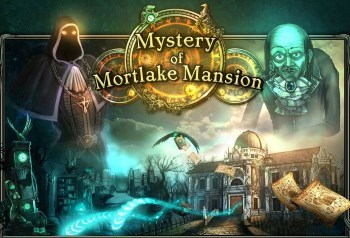 Mystery of Mortlake Mansion is a fantasy horror-themed casual adventure game developed by Stella Games and published by Playrix Entertainment in 2010.

The game opens with the protagonist receiving a letter, sent by someone identified only as "R", telling them that their life is in danger, and urgently summoning them to the titular mansion. Once inside, the protagonist seeks "R", discovering several of his diary entries, and quickly learning that the mansion exists both in the real world and a dark, magical dimension - the realm of an evil magician.

The game is available from Playrix here