Video Game / My Teacher Is an Alien 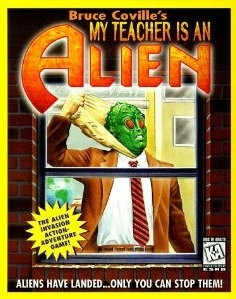 My Teacher Is an Alien is a 1997 point-and-click adventure video game based loosely on the book of the same name. It was developed by 7th Level and published by Byron Preiss Multimedia Company.

This game features example of: