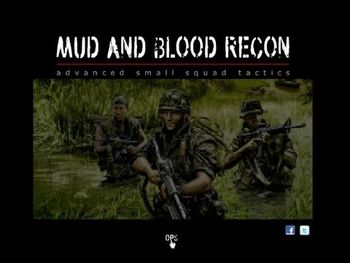 The marines on cover; here's how you'll actually observe them.

Due to Adobe Flash Player being discontinued, Mud and Blood will be rebuilt and released on Steam

Mud and Blood: Vietnam and its sequel contain examples of: