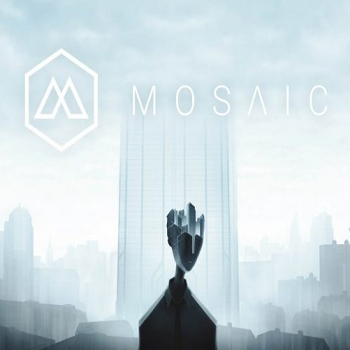 Mosaic or The Mosaic is a melancholic Adventure Game developed by a Norwegian studio Krillbite, the creators of Among the Sleep. It was released on November 1st, 2019 for iOS, and for PC through Steam on December 5th, 2019.

In it, you are no hero, or even anyone special in particular. You merely play as a worker coordinating resource extraction at a Mega-Corp, and just about every day goes the same: wake up, brush your teeth and get dressed, get to work on time (or not quite on time), work on the abstract grid-building project, then go home. In between, your main companion is the smartphone and its array of apps.

Compare to a 2009 Adobe Flash game Every Day The Same Dream.