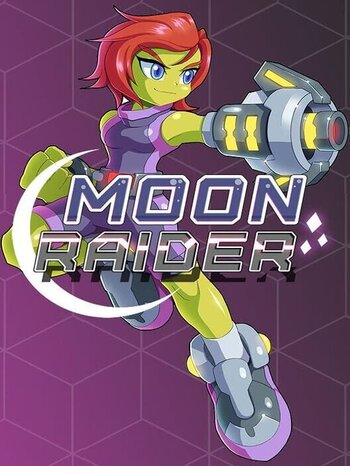 Moon Raider is an Action Platform Game by Cascadia Games.

One day, an explorer named Dr. Cover got on a spaceship and went to the moon. While there, he met the Selenites, a race of warmongering green aliens that lived below the moon's surface. While there, the queen of the Selenites was suddenly betrayed by her own people. She was ultimately forced to escape the moon to Earth with the help of Dr. Cover. The two fell in love, and had a daughter together.

Now the former Selenite queen is dying. The only thing that can cure her is on the moon. So Ava, the daughter of the queen and Dr. Cover, decided to go to the moon and face the Selenites to rescue her mother.