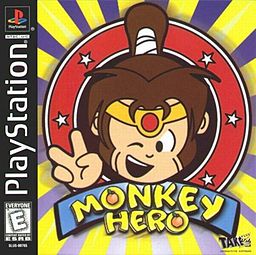 Our Hero
A little-known Action RPG developed by Blam! in 1999 for the Playstation.
Advertisement:

Has no direct relation to the 2019 Monkey King: Hero Is Back, although both are loosely Inspired by… Journey to the West.